Since the Mandalorian Season 2 has come out, many people have watched Star Wars Rebels for the first time and fell in love with it. As the show ended back in march 2018, none of the LEGO sets are still available. So now the question is, are these sets worth your money? Let’s take a look at LEGO sets 75053 and 75048 to answer that question. 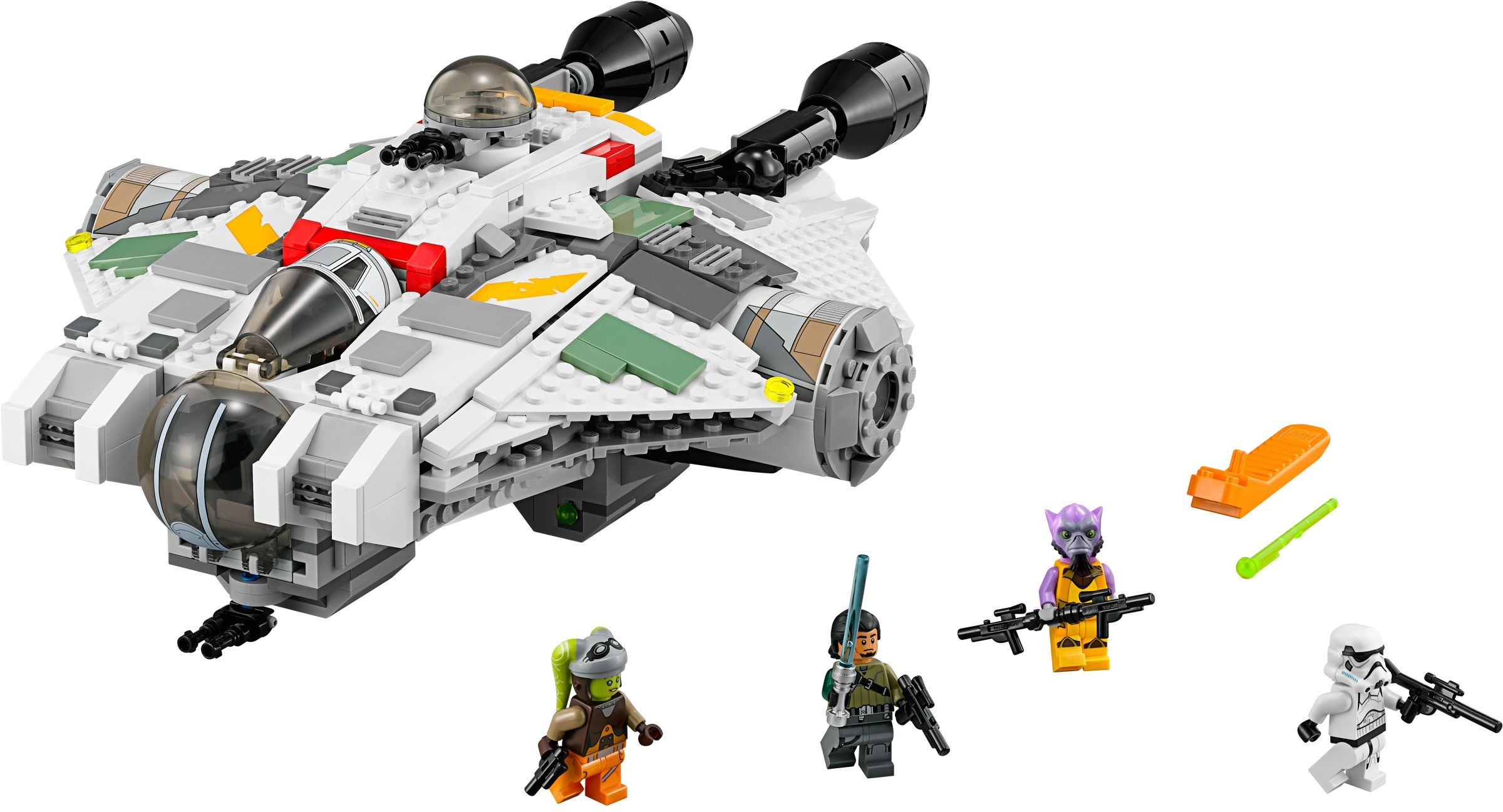 The first LEGO set that I’m going to talk about is 75053 The Ghost. Firstly, I’m going to tell you some of the basic info about the set.

Now that I have covered the basic information about this set, I’m going to talk about the minifigs.

The first minifigure we get is Kanan Jarus. In the show, Kanan is a former Jedi padawan in hiding, who goes on to train the main character Ezra Bridger. When the Ghost set was first released, Kanan had an inaccurate black hair piece and beard print, but in the show his hair colour is brown. However, this mistake was rectified with later editions of the set. Kanan has an olive-green body and arm with the left arm being a darker green to represent his armour in the show. The torso printing looks pretty accurate to the show, with the top left corner showing his armour and the rest showing his under suit, with his belt at the bottom of the torso continuing down onto the grey hip piece. In the LEGO 75053 set, Kanan comes with his blaster, which he uses in the first few episodes, and a blue lightsaber. 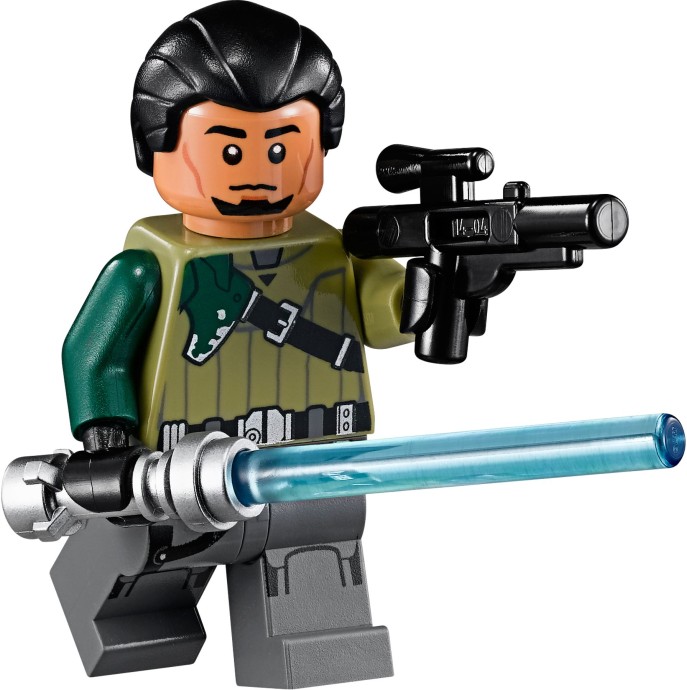 The second minifig is the captain of the Ghost crew, Hera Syndulla. In the show, Hera is the love interest of Kanan Jarus. This minifigure perfectly encapsulates the look of the Twi’lek with a brand new moulded lekku piece. This piece looks great as it has her flying helmet on the bottom of it. 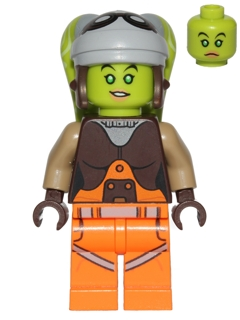 The third minifigure (and last main character) is Zeb Orrelios. Unfortunately, Zeb only came in this set so it is your only opportunity to acquire this Lassat in LEGO form. He has an exclusive printed head piece to represent his species. Sadly, this minifigure doesn’t look much like the character in the show, as he and his clothes are in the completely wrong colour. On the minifigure his torso is bright yellow with brown on the top, whereas in the show he has a dark yellow torso with dark green on the top. 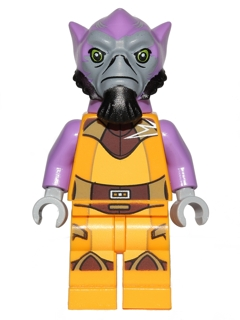 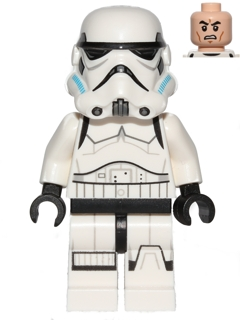 As you can guess from its name, LEGO 75053 is the crew’s ship, the Ghost. In the show the ghost is a Corellian VCX-100 light freighter that is piloted by Hera Syndulla. This build captures the look of the ship perfectly, in my opinion. At the front of the ship there is a there is a cockpit that can fit one minifigure in a slide in seat with a stickered flight console. Underneath that cockpit there is a small turret that can move about. Above the first cockpit there is another, this one is also able to seat one minifigure. Near the cockpit are some flaps that can be used for storage for the crew’s weapons.

At the top of the ship, there is a space to seat the main gunner in a sort of bubble cockpit where the head sticks out at the top, just like the show. In the middle of the gunner seat and the second cockpit there is our only bit of interior space in the whole ship. Unfortunately, there is only enough room to fit one minifigure in this space. On the bright side, there are two clips for you to fit some weapons inside. 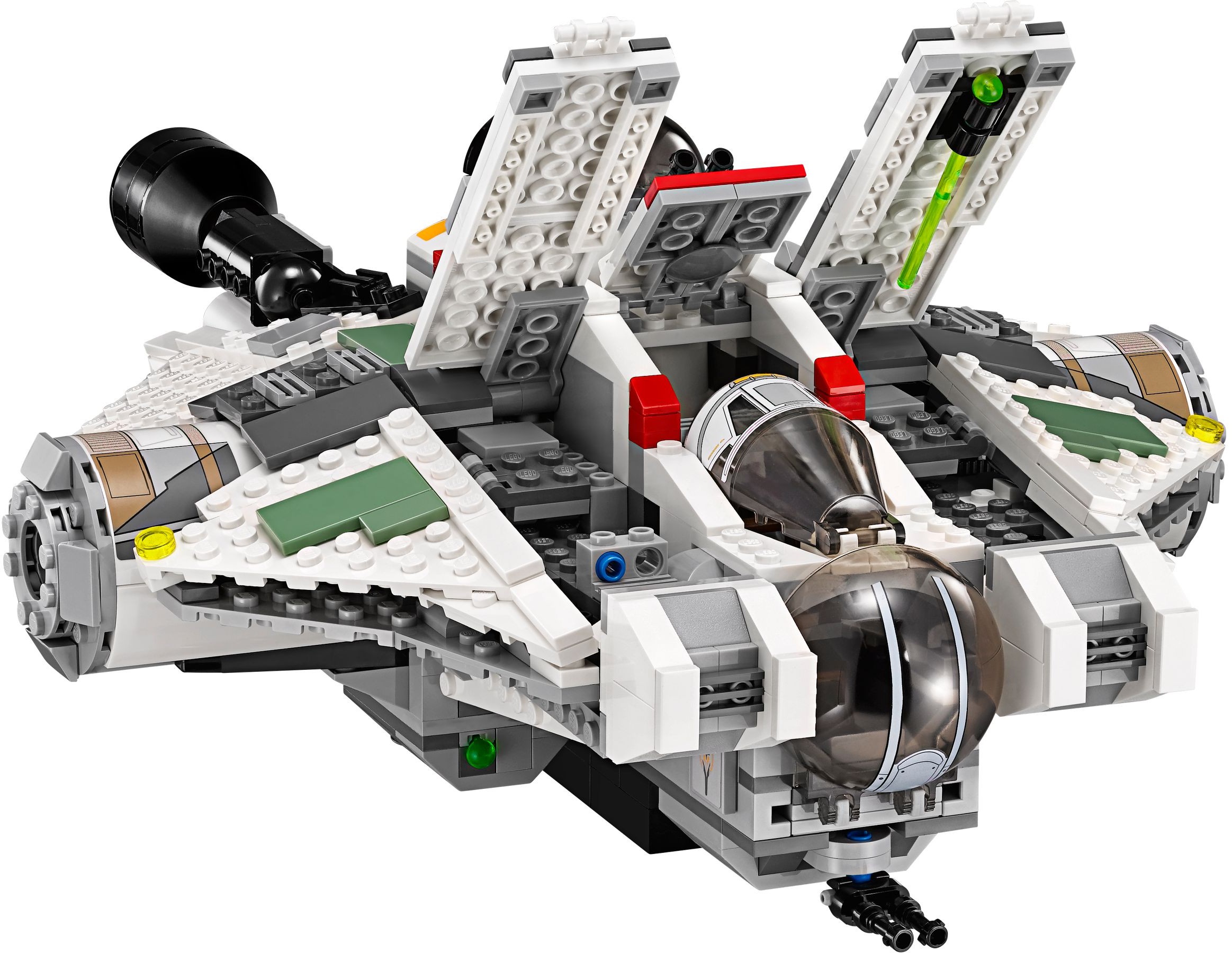 On the sides of the Ghost, there are two escape pods which can easily detach from the ship with a minifigure inside. In the show, these aren’t escape pods but rather they are docking rings. It is understandable why LEGO got this feature wrong as they base their designs off of concept art, but it is still an inaccuracy. At the back of the ship, there are four engines, each of the engines represent the ones in the show perfectly and look great! Also at the back of the ship, there is a docking station for the phantom to attach to the ghost. At the docking station there are two small doors that lead to the bubble turret and also a sticker in the middle of the station. That’s about all there is to the Ghost so let’s move onto the Phantom. 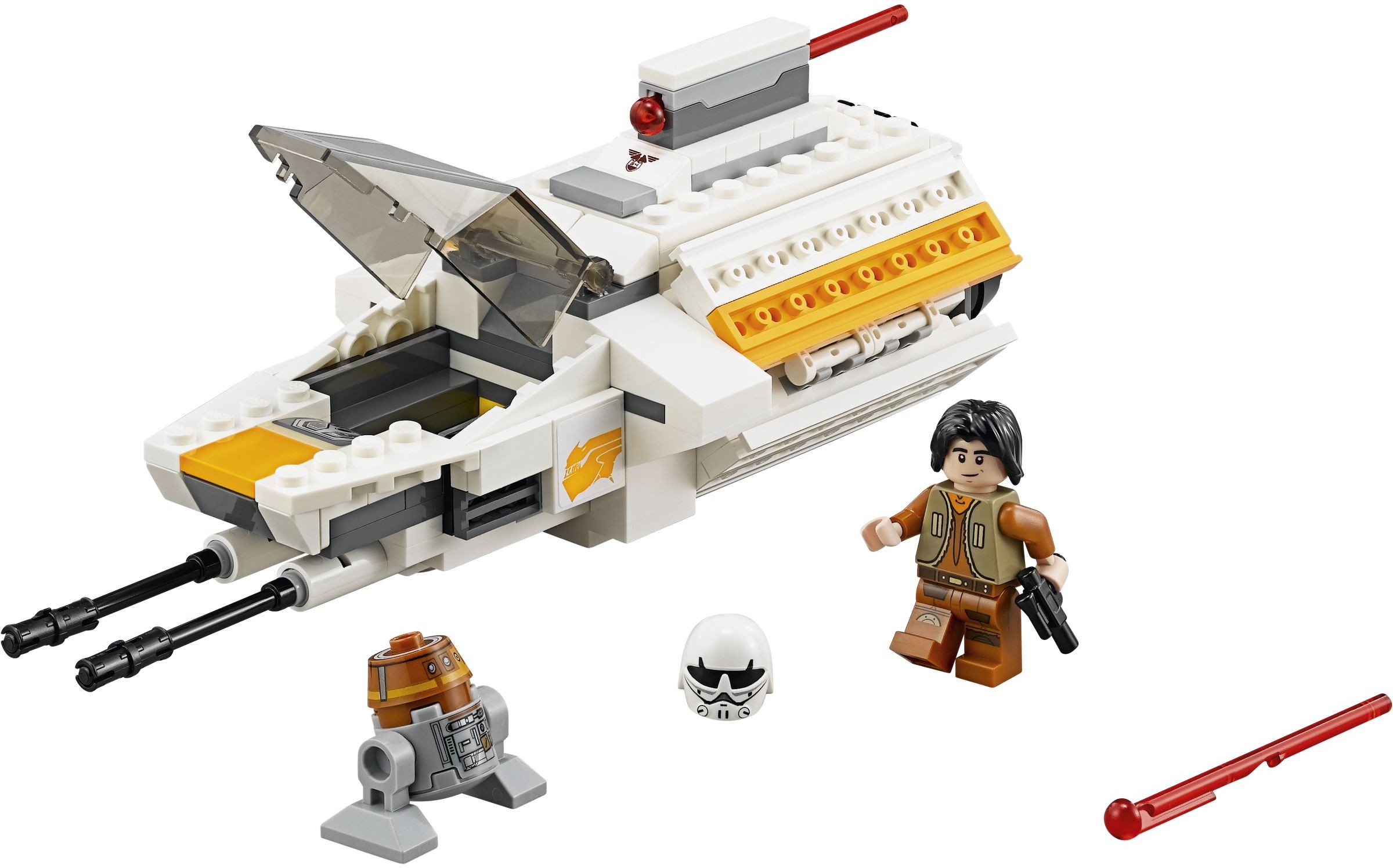 Just like the first set I’m going to give you a little information about the set.

The first minifigure that we get in this set is the main character of the show, Ezra Bridger. This minifigure represents the character quite well with the torso having a pretty decent print. In the show, Ezra has dark blue hair, unfortunately in this set (and all the others that he appears in) LEGO cheeped out and just gave him black hair instead. In this set Ezra comes with two accessories. The first accessory is a small blaster, nothing too special but it goes with the figure quite well. The second and my personal favourite accessory is his imperial cadet helmet. This helmet looks exactly like the one in the show, it has some very unique and intricate printing and it is exclusive to this set! 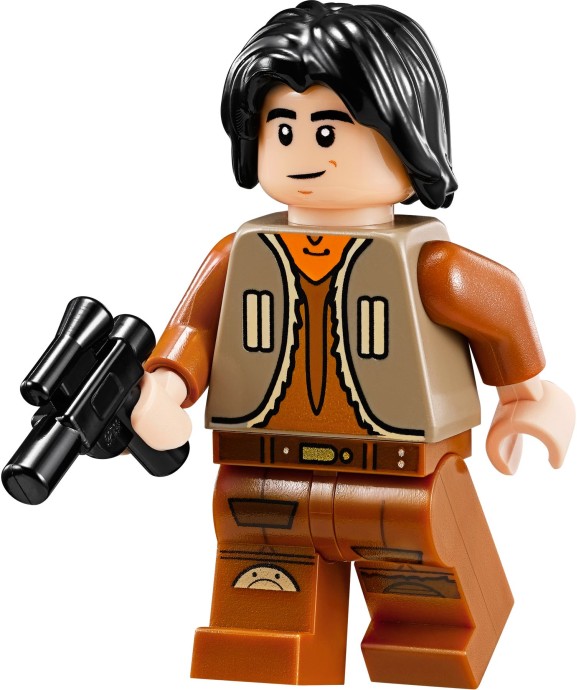 The second minifigure (if you count it as one) is the astromech droid C1-10P, or Chopper. This figure is very well detailed, with an all-around shorter body than other droids. This droid fits the character very well. 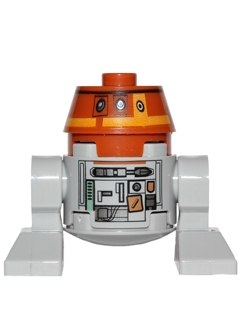 In the show, the Phantom is a VCX-series Auxiliary starfighter that can attach to the Ghost. In my opinion, LEGO did a pretty decent job on adapting the starship into LEGO form. The ship can fit one minifigure in the front cockpit and it can fit an astromech droid in the back interior, where you can also fit Ezra Bridger’s helmet. At the top of the ship there is a spring-loaded shooter which is very inaccurate to the show, that is why I have modified my own phantom to look more accurate. On the sides of the ship there are two wings that can fold out just like they do in the show. 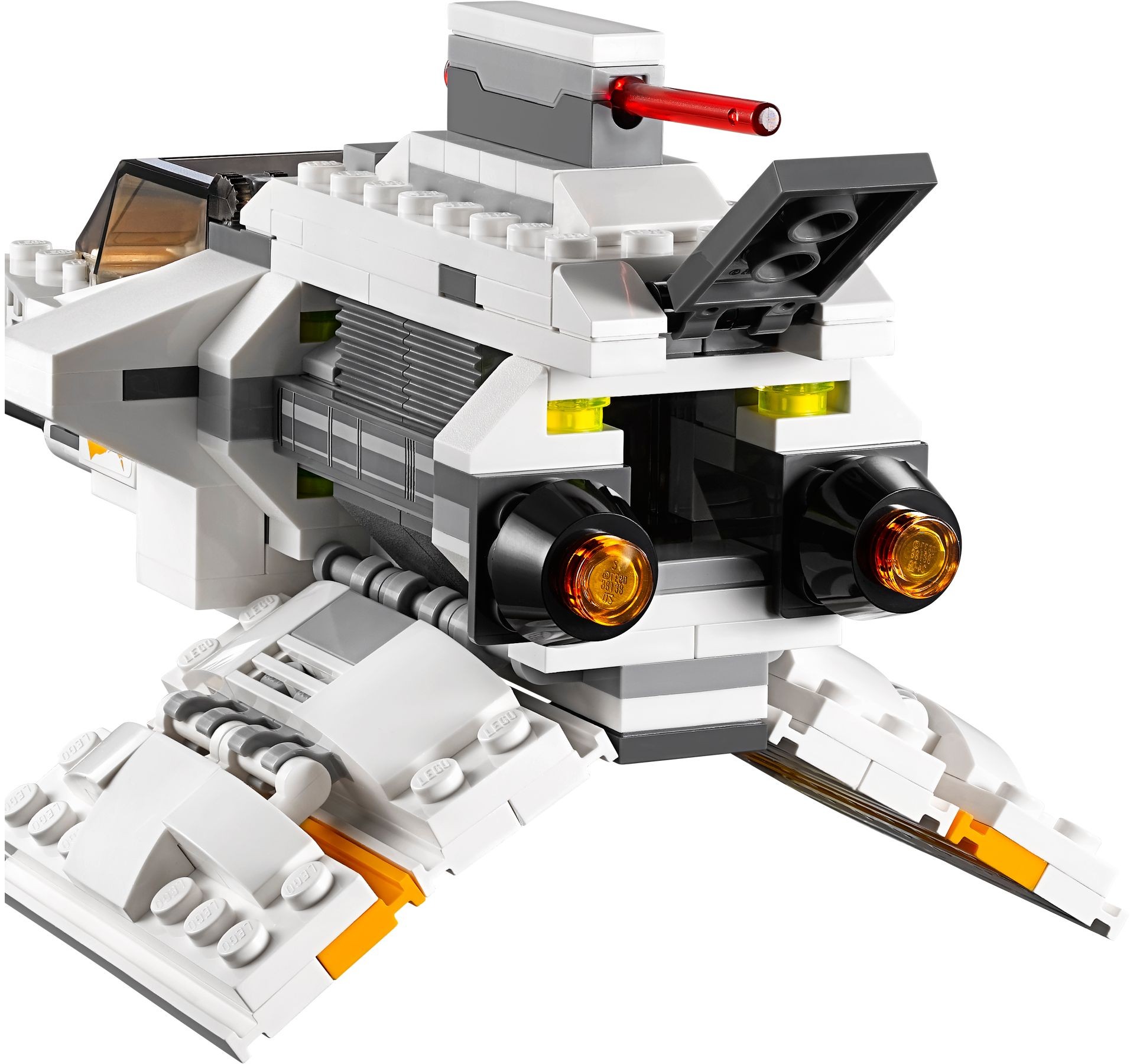 Both LEGO 75053 and 75048 retired 5 years ago, so they are very difficult to come by at a good price. Because of this, your best chance to get this set for under the usual price of £400 is to get them used on eBay. Not everyone will want to do it this way, but it is your best chance of getting it cheaply. I got my Ghost and Phantom without any minifigures for £80 and just bought the minifigs separately.

Have a great day and stay safe!

The LEGO Book, A Review