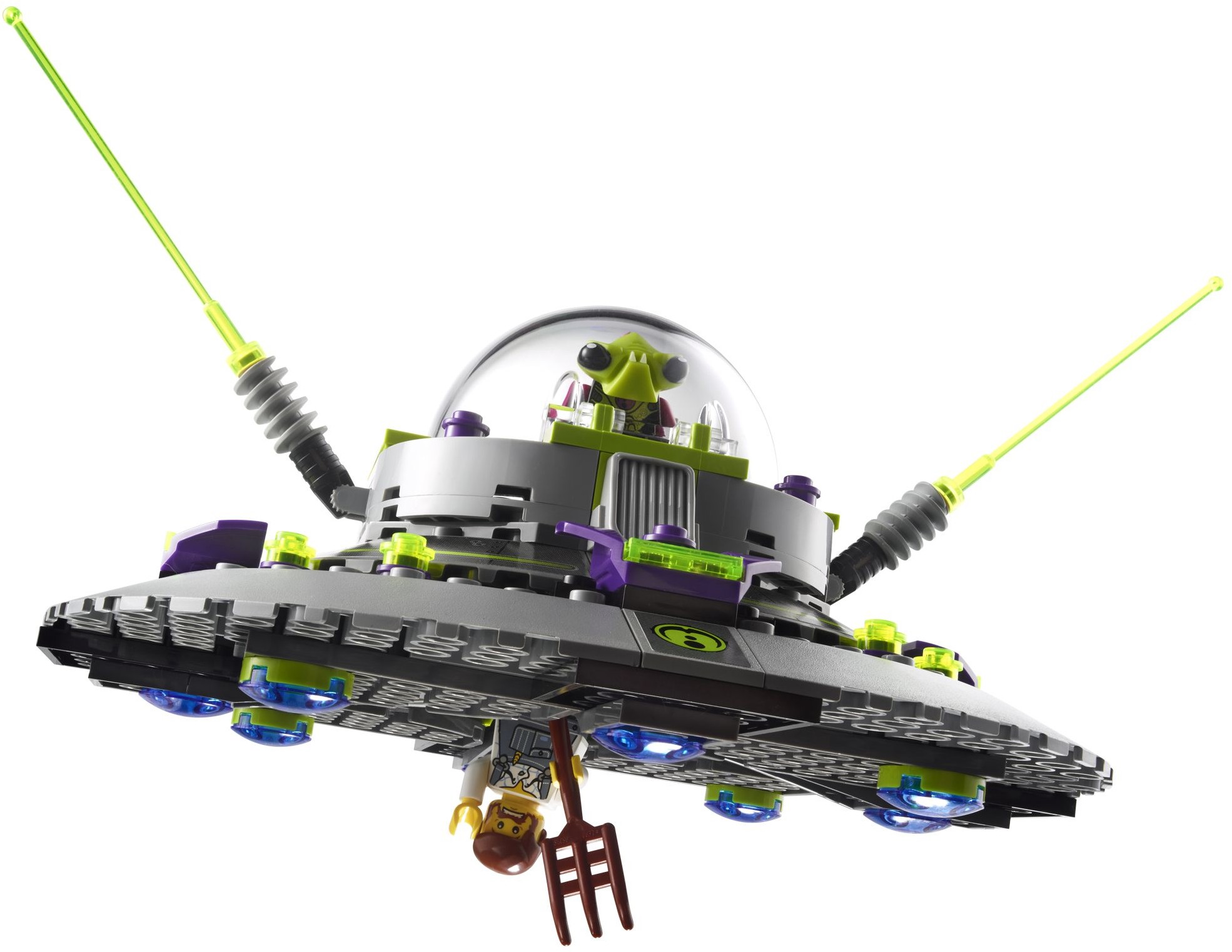 While LEGO Alien Conquest may be one of the more obscure themes that has ever crossed my path, like most, I’d always have been willing to give these a second look. Being a fan of the TV series, The X-Files, and more recently, Project Blue Book, who does not like a good alien tale? The premise of these series is that special agents go in search of the truth whether it turns out to be real or not, and mostly deal with solving problems with aliens (of the outer space variety).

“Now where does LEGO come into this?”, you may ask. A few years back, in the early part of 2011, LEGO decided to make a theme based loosely on this  . The whole theme covered 10 sets in total and though they weren’t the elaborate sets we’d hoped for, they were not a bad representation nonetheless. 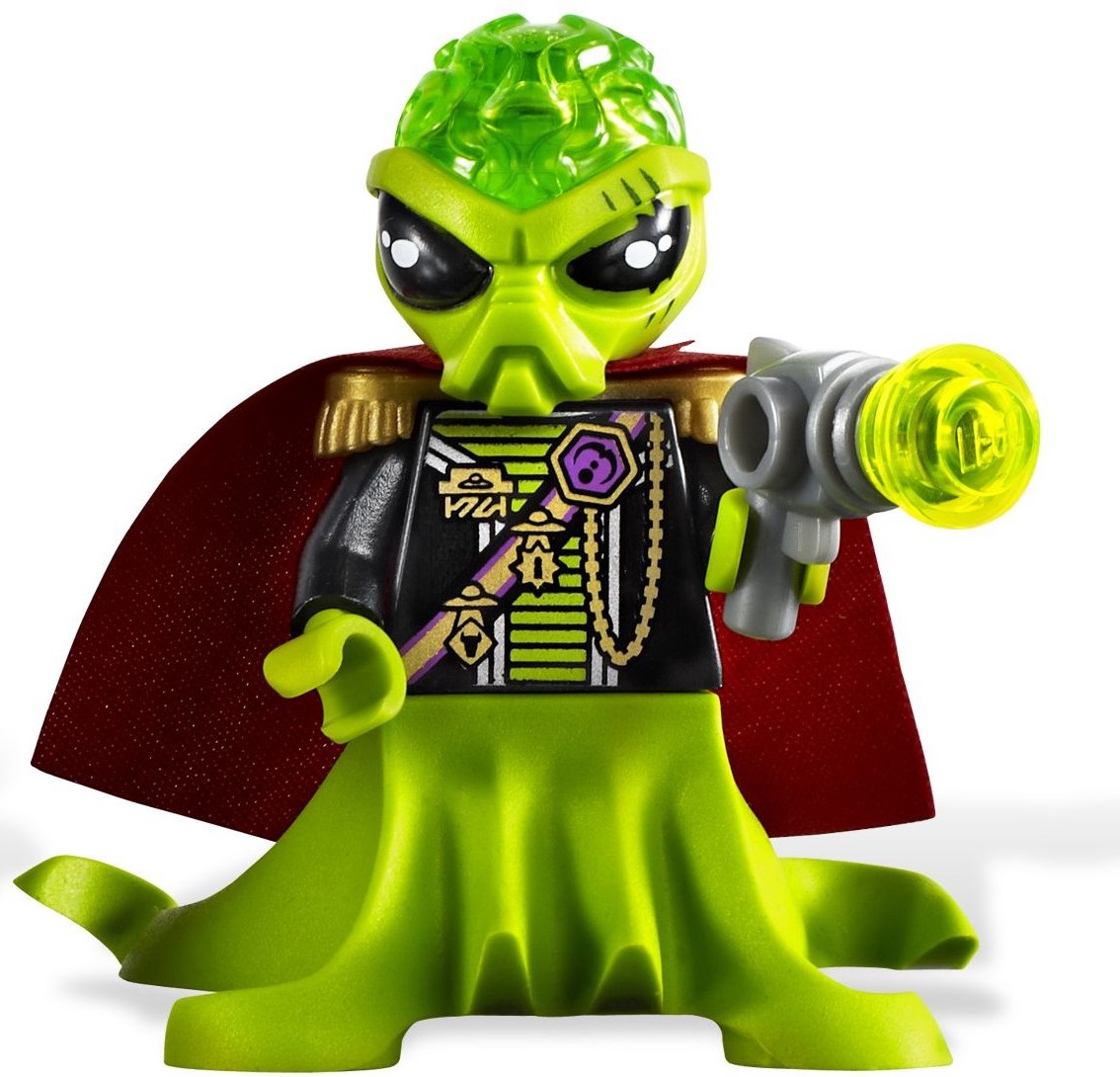 The sets themselves involved alien abduction and an invasion of Earth. There were good guys, mostly in blue astronaut suits (no Agent Scully or Mulder here), and the aliens, a motley bunch of green-skinned, black-eyed creatures with teeth and a brain or two to share.

At best, this was a great concept, at worst, it was a mishmash of parts. Again, what can you say about a great idea if it hasn’t been thought through?

Personally, I liked the aliens, especially the face hugger. It reminded me of the movie Aliens (what else?). It  was featured in sets 7051: Tripod Invader, 7065: Alien Mothership and 7066: Earth Defense HQ.

These sets also had some interesting features. Take, for example, LEGO Alien Mothership. It had a spinning mechanism which, when spun, activated a UFO sound box. This was not used in any previous LEGO sets, mind you. It was also the largest of the saucers and the build was quite interesting as it used many parts never seen before. 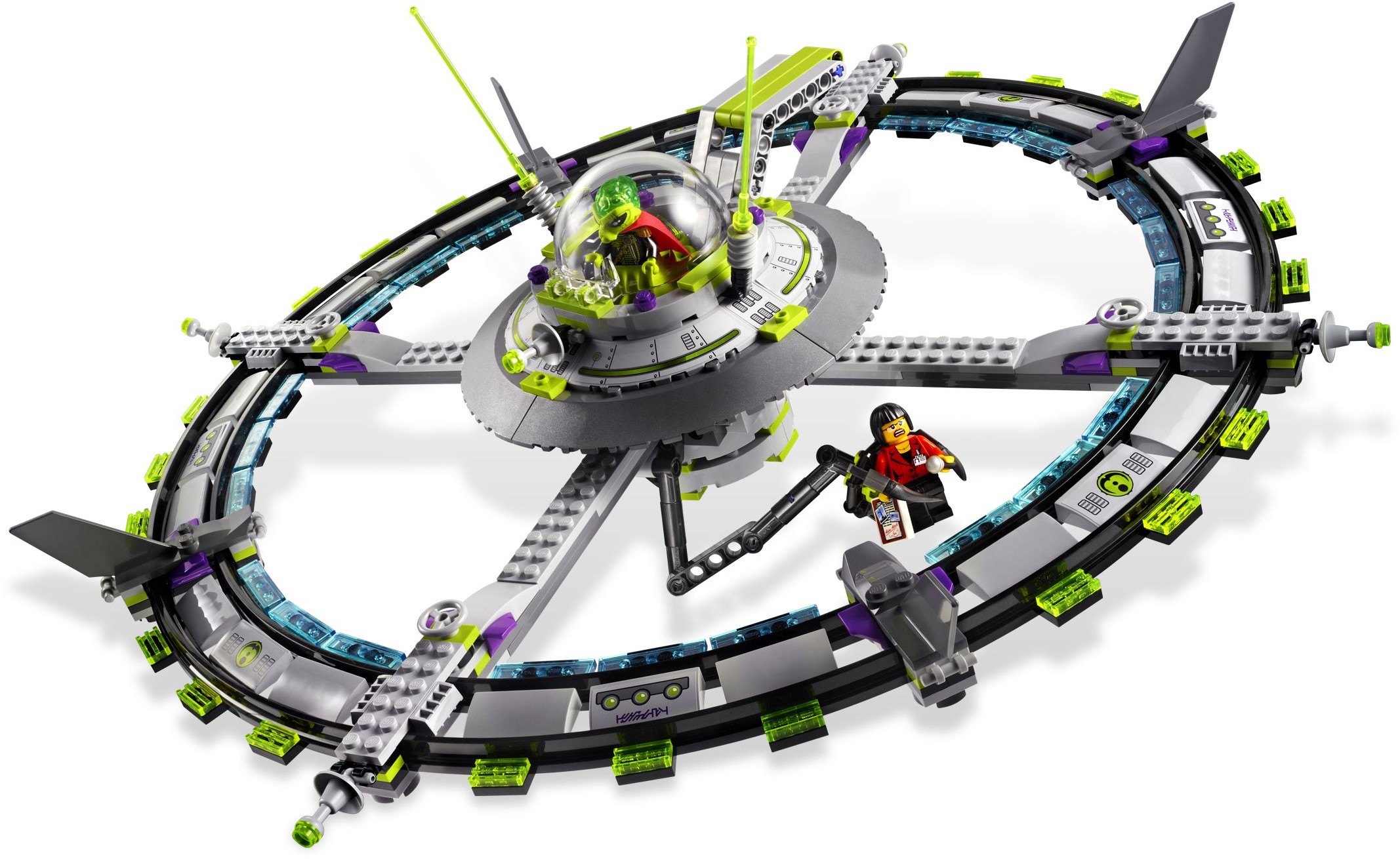 The Defense Headquarters HQ was the larger of the sets which carried Earth’s last line of defense to ward off the alien threat – not that it stood a chance with all the gadgets the aliens had! It was more of an all-terrain vehicle towing an operating theatre, which wasn’t that exciting at the time.

I think this is what let the sets down. Apart from the abduction saucer set, there wasn’t a lot to do with this theme. The good guys were more geared up for space travel than solving a mystery. The aliens had no real place on their ships to do anything ‘alien’ and again, this should have been included, given the theme.

No war / operating room and no death ray to speak of!

So, what else could you do with these sets?

“Basically very little” was the answer. I built the saucers, mostly because I like the  way they looked, also some of the features intrigued me. In the UFO abduction set for example you could capture a farmer (no cows was harmed in this set, by the way). There was also a light brick built into the ships underside to give the effect of a capture ray(a nice effect). It’s just a pity that the set wasn’t a larger version with rooms, it would have added to the playability.

As for the good guys, they didn’t really add up to much, or contribute to the story apart from the hired help. In fact, I backed the aliens on this one! Though the civilians supplied with some of the sets proved interesting, too…

One was a reporter that came the with large saucer set, and although she should have had her cameraman to film the event, he was not supplied. Another was the farmer complete with a pitch fork, which came in the smaller abduction set, who was missing his cow. This would have added more fun to the set. 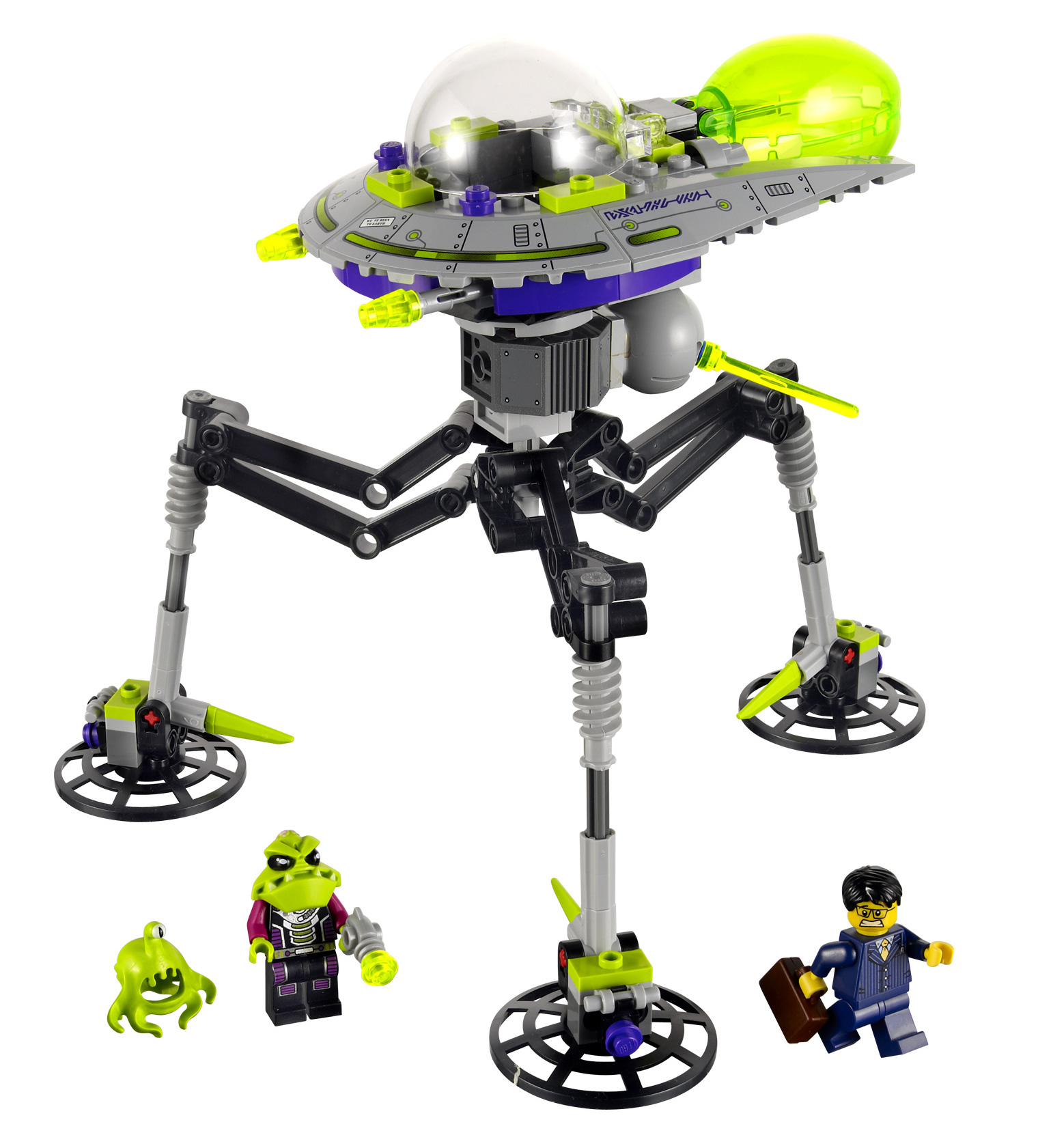 Last but not least was my favorite, the tripod Invader (A scene from War of the Worlds) if ever  there was one! 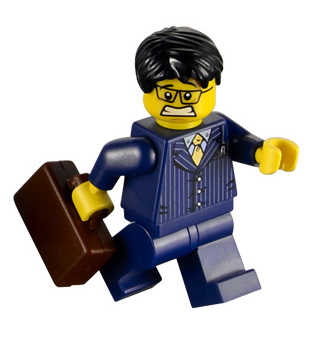 The businessman running from  the tripod, was one of the better figures to get in this series due to his expression. With the tripod chasing him, when you compared this to his size, it looked menacing into the bargain!

Now when I look back at this theme, I can see a lot of good and bad ideas were put into this. LEGO had a great opportunity to do something spectacular with the sets, but lost their bottle along the way.

I’d seen customs of what might have been. Given half a chance, there was even a glimmer of hope a while back, when the collectable minifigure series 6 Classic Alien was produced. Put him along with an earlier minifigure in series 4, Hazmat Guy, and you’ve got something of a new theme happening. While I don’t put much into coincidences, it did seem that LEGO was working on an updated version of this, but maybe something changed their mind. 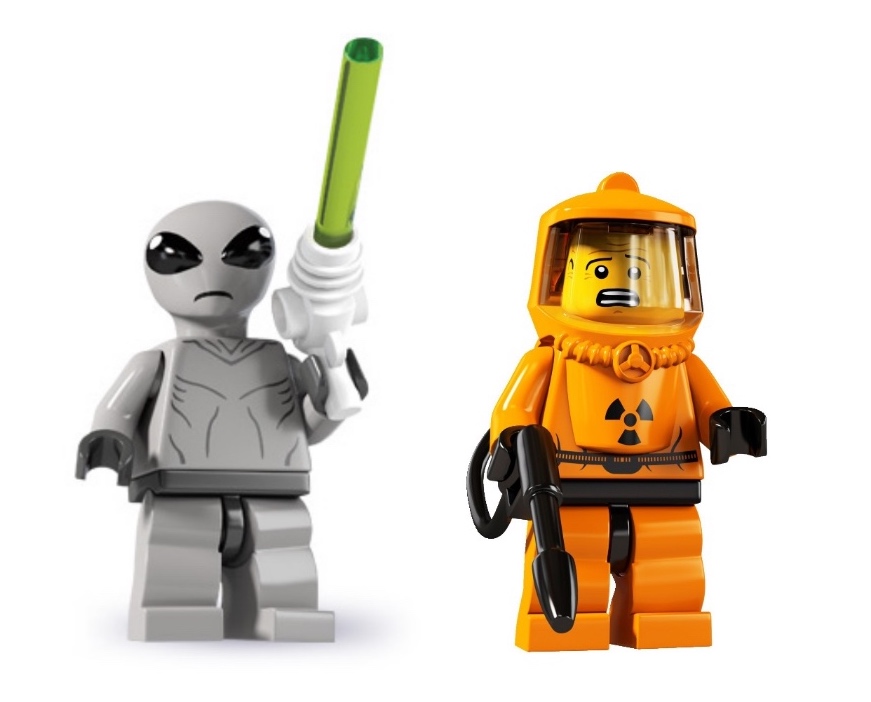 Though it’s not the first time LEGO has made themes based on space creatures. From memory, there have been so many failed attempts, it’s hard to keep track. You can find some of the more well-known ones below. 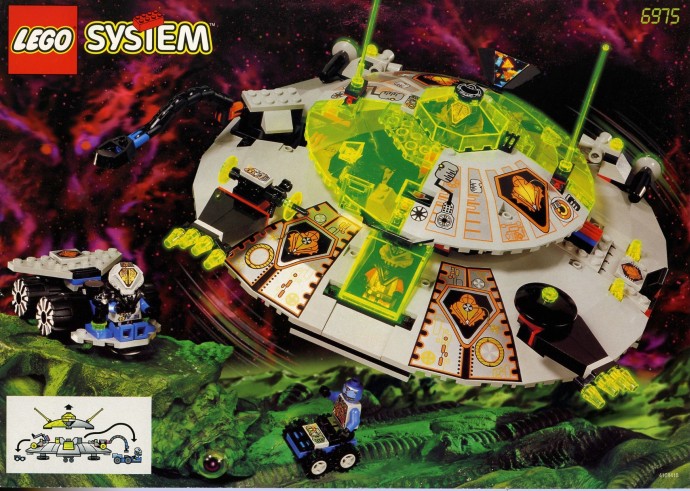 Even as far back as in 1997 LEGO tried to introduce the UFO series with not much success. It had a few multicolored saucers along with some odd-looking vehicles. As it turned out, the kids weren’t  ready for that… The sets themselves had some interesting pieces though, most notably the quarter saucer pieces which were also used in the first Star Wars Millennium Falcon.

Also, these pieces were all printed. There were no stickers here, just actual printed bricks. The minifigures, which took on a blockier appearance, probably didn’t help. But as you keep reading, you’ll see LEGO wasn’t going to give up that easily.

After a few more failed attempts, which shall remain nameless and for good reason, Space Police III was released in 2009-10. It was a series which fared much better and did its best to keep the theme alive. It reminded me a lot of the movie The Usual Suspects, due to the fact you got all these different aliens in a police lineup which, along with their ships, proved a lot more interesting than the previous ones that had come before. 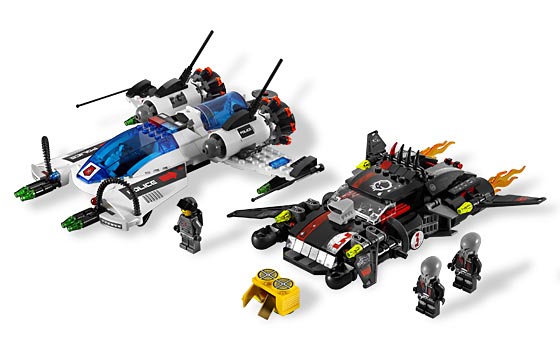 The aliens were even given names like “Snake”, “Craniac” and “Kranxx”, which made them part of a collectable bunch. I vaguely remember that at the time, I couldn’t get them all, but the ones I managed to were interesting in that they were all of  different species.

The ships too had a lot of features. Gone were the typical saucers! They were more like souped-up space ships that had real firing rubber tipped missiles which added to the fun.

You had the “Boss Alien” with his stretched Limo ship and a few of the more unmentionables had theirs. Even the police ships had improved greatly. To top it off, the police even had their own jail to incarcerate these characters. For once, LEGO had finally brought some background into the story, but it was the aliens that stole the show, in my opinion. 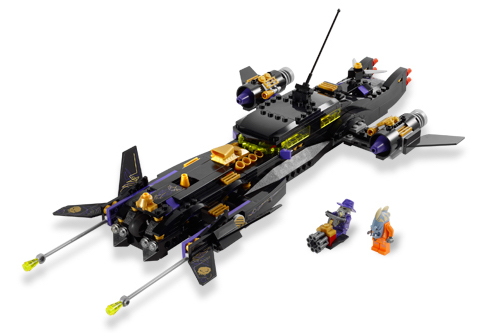 In many ways this theme had more to offer kids than most, as both the sets and the figures  combined, made-up a really popular theme.

Galaxy Squad, yet another space theme released in 2013, was probably the last of the LEGO Alien series. They were more bug-like than anything else. The sets and the minifigures both looked like large bugs, and honestly back at the time of its release, lost some of its perspective. It felt like LEGO was trying too hard, and in many ways, they had forgotten why this all started. 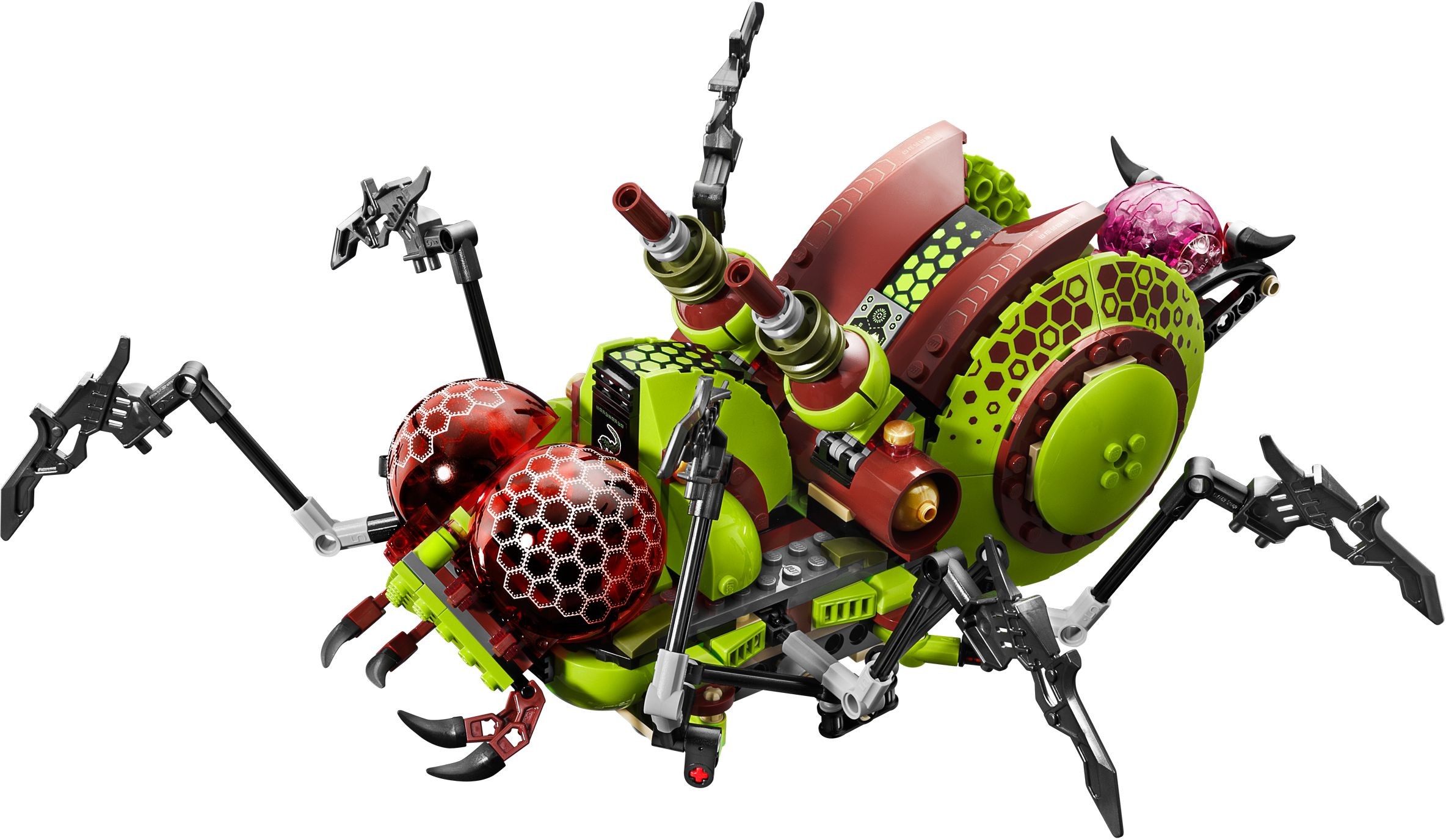 Although LEGO Alien Conquest had the right ideas to some extent, it didn’t cover the Men in Black or the Area 51 / Roswell era. They could have done so much more with this.   There are even custom figures and sets out there to prove this.

These are a few examples, available from FireStar Toys, where they have taken this to the next level.

Others are from fans out there that have wanted to see these sets come into their own. Sets like the “Men in Black Alien Arrest” which is now doing the rounds on the LEGO Ideas site, hoping to get the votes to support it. I, for one, think this has a good chance as it is based on the original movie and not the poor sequels that followed. It’s a multi-changeable car created by ‘RD Builder’ and worthy of a mention.

If you get a chance check out the detail that has gone into this, it puts all before it to shame.

Hopefully someday we will see this, till then, the truth is out there. 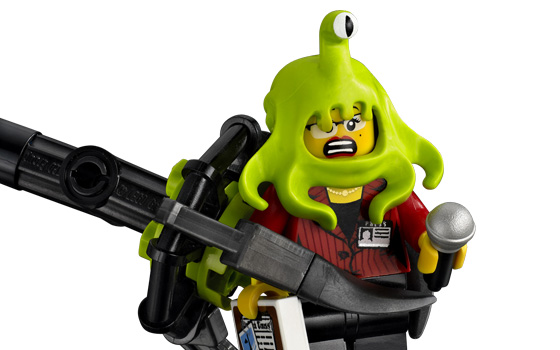