Such a great phrase can only mean one thing: The TV series Red Dwarf. I first watched this series way back in the late 80’s. At the time, I wasn’t sure if this was just another comedy or a sci-fi wannabe. Turns out it was a bit of both, and a good time was had by all. Written by Rob Grant and Doug Naylor this series now in its 13th season, and has gained a cult status throughout its entire viewing history on the BBC. Red Dwarf has great potential to be a LEGO theme, but I wonder if it ever will… 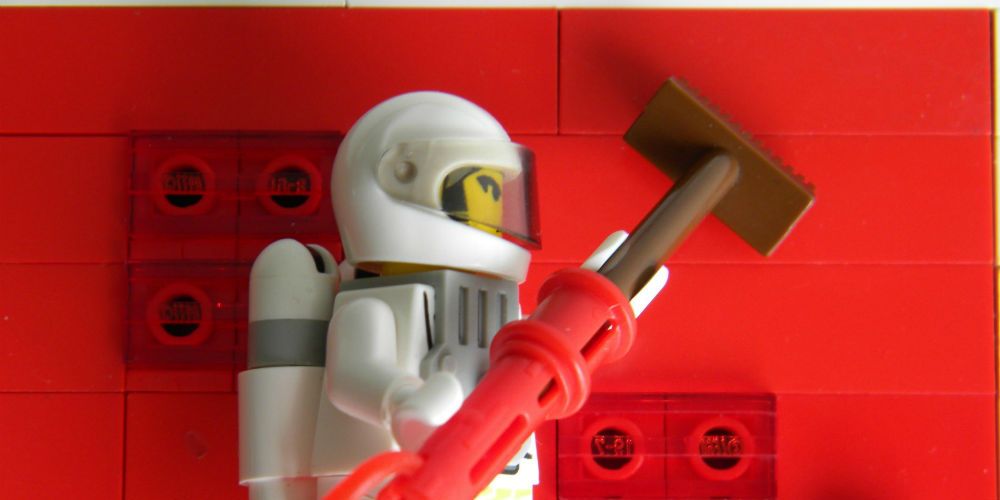 A low grade technician, Dave Lister, is reprimanded for bringing his pregnant cat Frankenstein on board the mining ship, aptly named Red Dwarf. He is put into frozen status for his remaining tour of duty, during which time an accident on board kills all the crew. He is woken up 3 million years later by Holly, the ship’s computer, to find he’s the only human left on the ship. 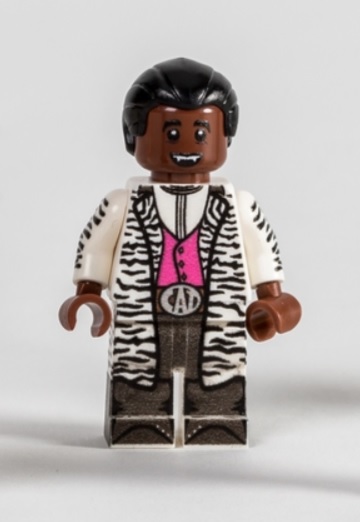 If that’s not enough, during his time frozen, a life form has evolved from his cat. It’s the last of its kind (who is also called, Cat), and with a hologram from his least likeable bunkmate called, Arnold J. Rimmer, who appears to make his life even more miserable!

During his travels while exploring what remains of the ship, he meets a sanitation droid called Kryten and along with the ship’s not-so-bright computer, they begin their adventures to get back to Earth. It’s an odd-ball comedy, and quite a good one at that.

I think it’s fair to say, given it’s the BBC who produces this, if it wasn’t for the characters and the writers, this show wouldn’t be the success it is.

Although no actual LEGO set exist yet of Red Dwarf, this hasn’t stopped fans from trying to replicate what they’ve seen on the show.

I first saw these ships and figures when fans put forward their creations on LEGO Ideas. I thought the idea behind them was great, and that we finally might get some of the minifigures based on this wonderful series, but alas no!

Check out some of the Red Dwarf projects on LEGO Ideas:

LEGO has yet to decide if it will make these, and though many ideas on this series has been put forward, some more detailed than others, I think it’s up the fans of Red Dwarf to voice their opinions, to ask the question of LEGO, why they haven’t done so. One reason that could explain it is that the show is primarily aimed at an adult audience. Some discretion is advised, but honestly, it’s comedy at its best.

Of course, this hasn’t stopped websites from producing their own range of the figures, some way better than others. Some are so good, I’m tempted to say the actors had a say in these. 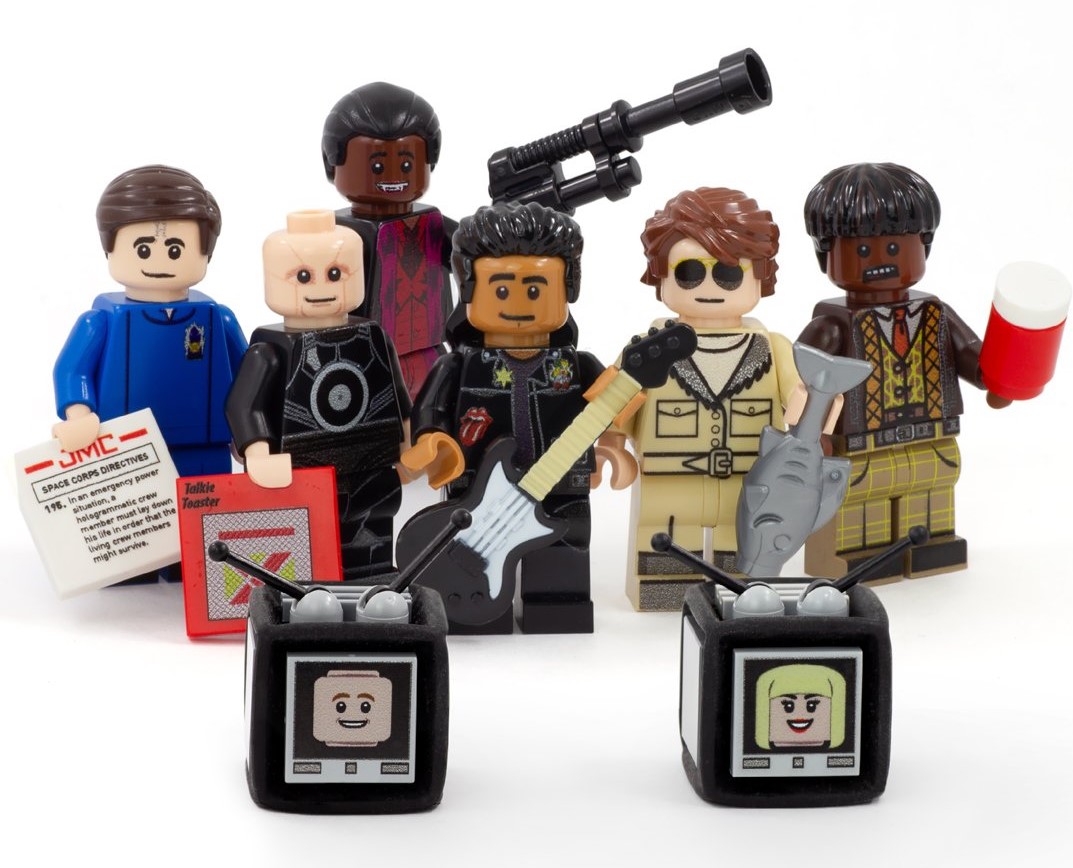 You have Lister in his leather jacket which is very detailed and comes along with an electric guitar and a Mullet hair-do.

Then you have Rimmer in his blue uniform and the all-important ‘H’ stamped on his forehead. He also comes with his clip board for putting Lister on remand.

Followed by the Cat, who is very cool in his rather sleek Zoot suit. Even the face resembles him with his fangs out and it just shows you how much detail went into making him. His accessory is a blaster gun.

Next is the droid Kyrten. The bald head and the detailed body seems to do the trick. I think his accessory is his instructions (Windows X), but I can’t be sure.

Other figures are Holly in his portable unit, along with their alter egos, Ace Rimmer in his flight suit with kipper (you need to watch the show to understand this), Dwayne Dibley and his thermos, and a dumb down version of Holly.

The ships, however, are a different story. These are custom builds, the main one being the mining ship Red Dwarf. While some tend to stick to a smaller and less complicated models, others have gone for bigger, and this one certainly fits the build.

The following ship is very well built and is extremely detailed. Seriously, this could have easily been used in the show, it’s that good! Built by a guy called Stephen Deaville, it’s got to be one of the best I’ve seen. It’s even got an interior and a smaller shuttle inside. 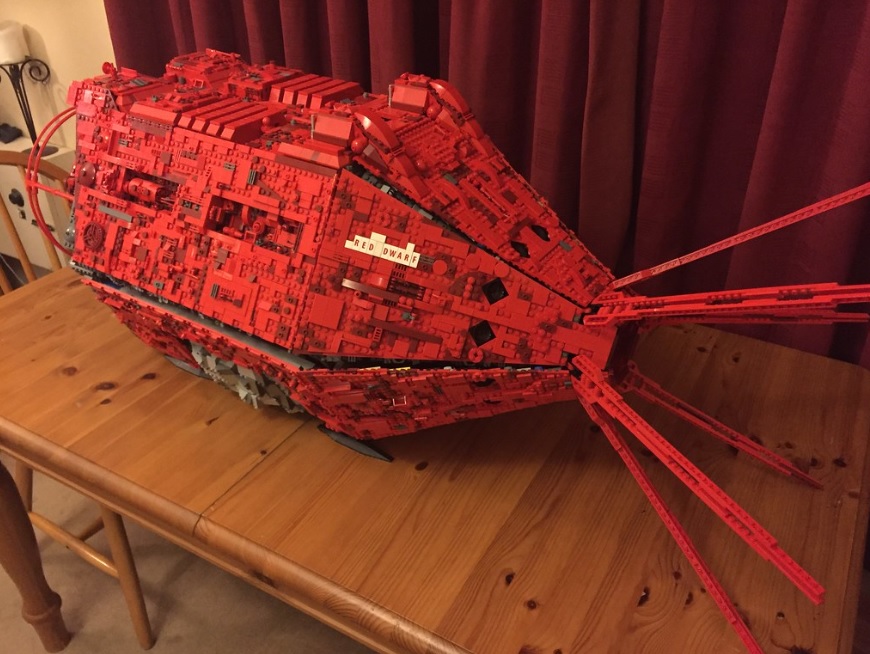 Another ship from the series is the Starbug 1 by Driving faces_5018, its current awaiting the votes required to make it possible as a LEGO set. Please if you get the chance, show it some support, as these guys put a lot of effort into making something like this. 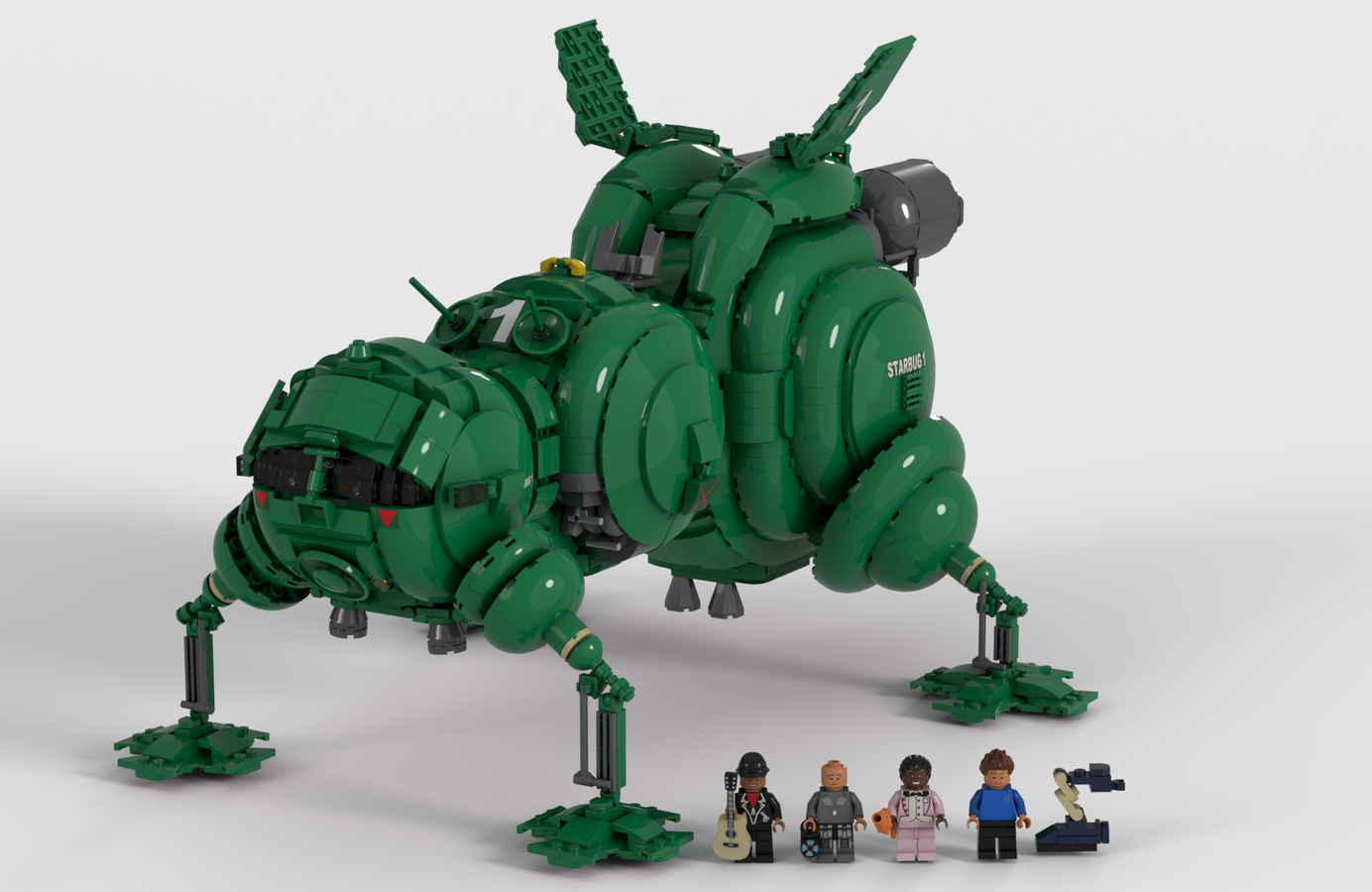 But since most of this series takes place inside the Red Dwarf, some builders have even thought of this too. One such build has covered the main control room and sleeping area of the ship and the detail is done very well. 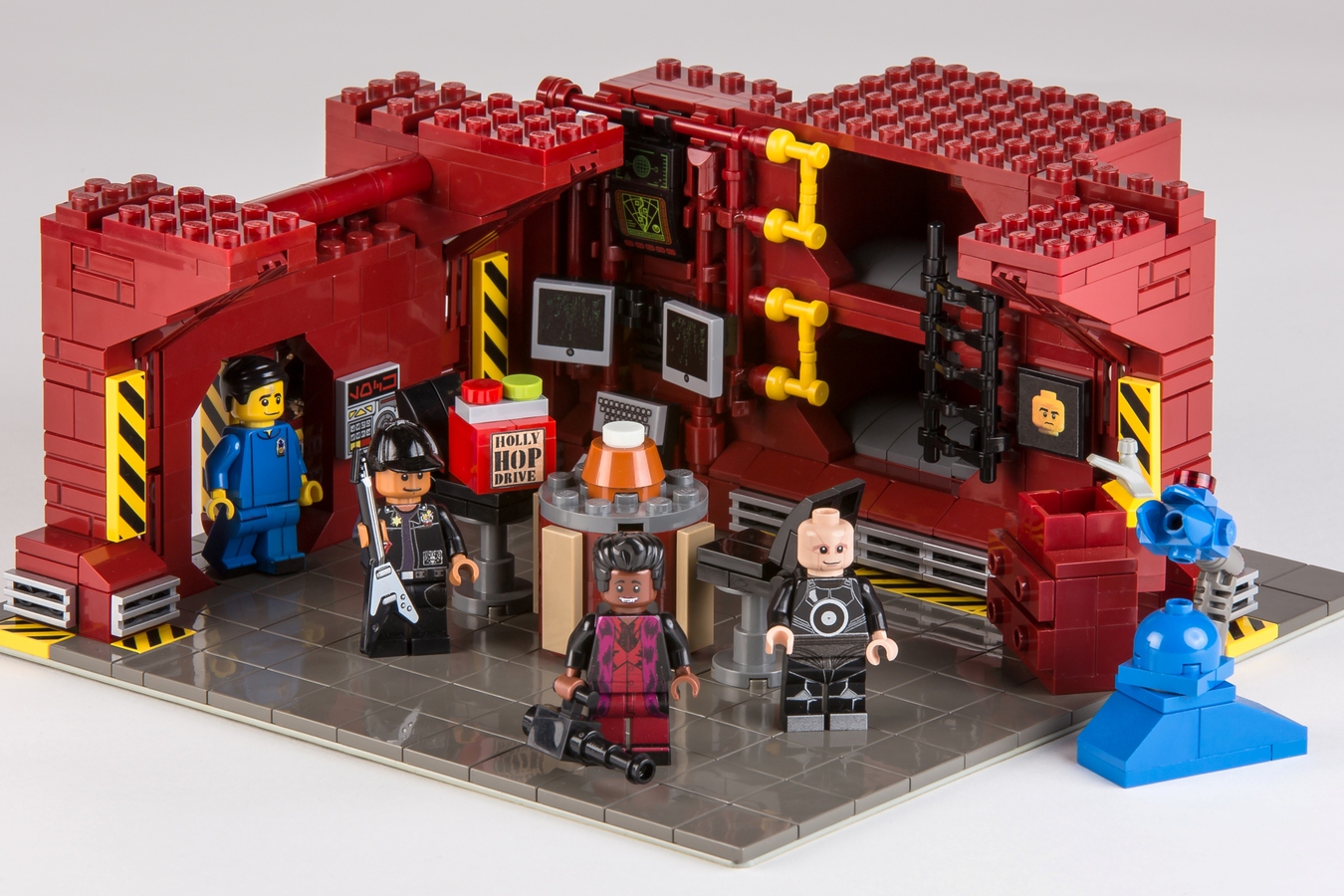 It’s a pity that LEGO can’t see how much of a fan base there is out there for sets like these. If marketed right, this has the potential to be quite a good seller and worthy of a minifigure set at least.

Which brings me to my next point, why would fans go to all this trouble if this wasn’t any good, and why would LEGO hide Red Dwarf rooms as an Easter egg inside the Dimensions Fantastic Beast program, unless they were at one stage considering this as a possible add-on?

This was discovered shortly after the game’s release, and was posted with instructions on how to excess the rooms;

Where to find it? 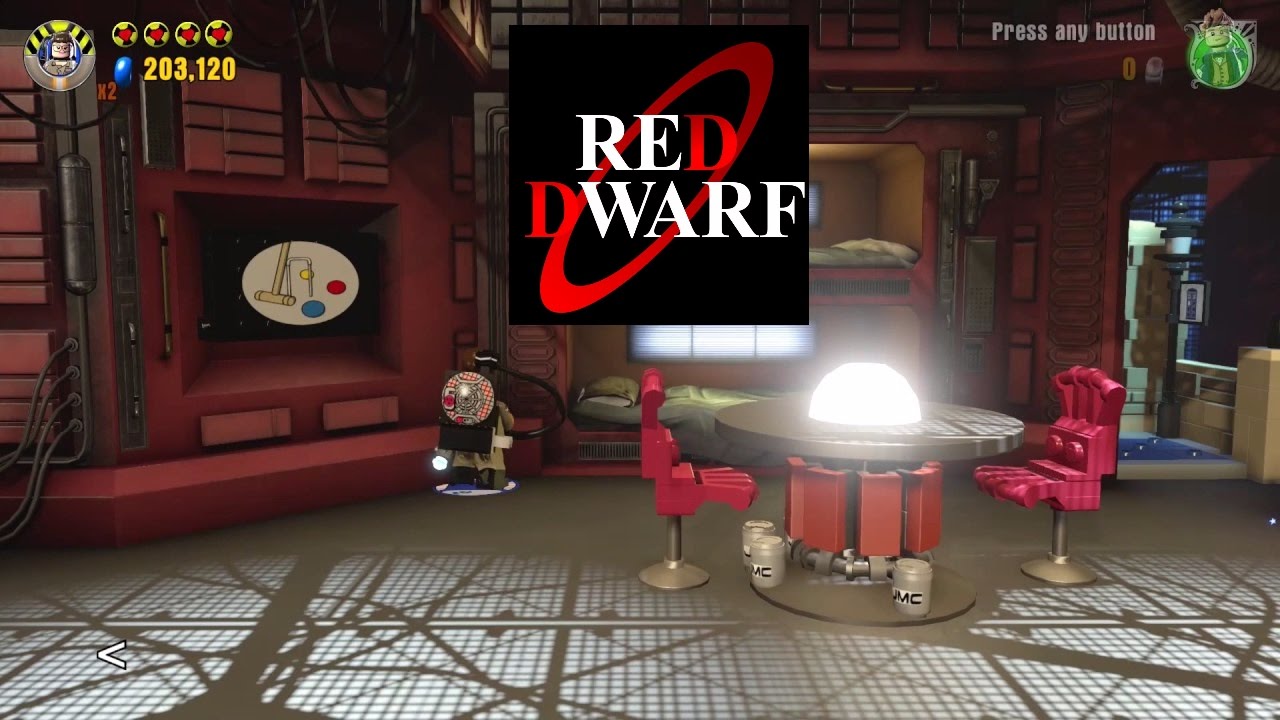 Once in this area, you can explore some of the main rooms of the mining ship Red Dwarf. Unfortunately, Lister, Rimmer, the Cat and Kryten are nowhere to be seen. Still, if you are a fan of the game it is in there. My only beef is that there is no toaster to talk back to you!

I think that this series has a lot of potential. Sure, there are some crude moments, but let’s face it, what series hasn’t these days? The characters are what make this show great, and looking at some of the efforts customisers go to, I’d say it has as good a chance as any, to be made. The only thing that I can see lacking with this is there is no proper villains, to speak of. But if this were to become a LEGO set, I’m pretty sure they could remedy that. 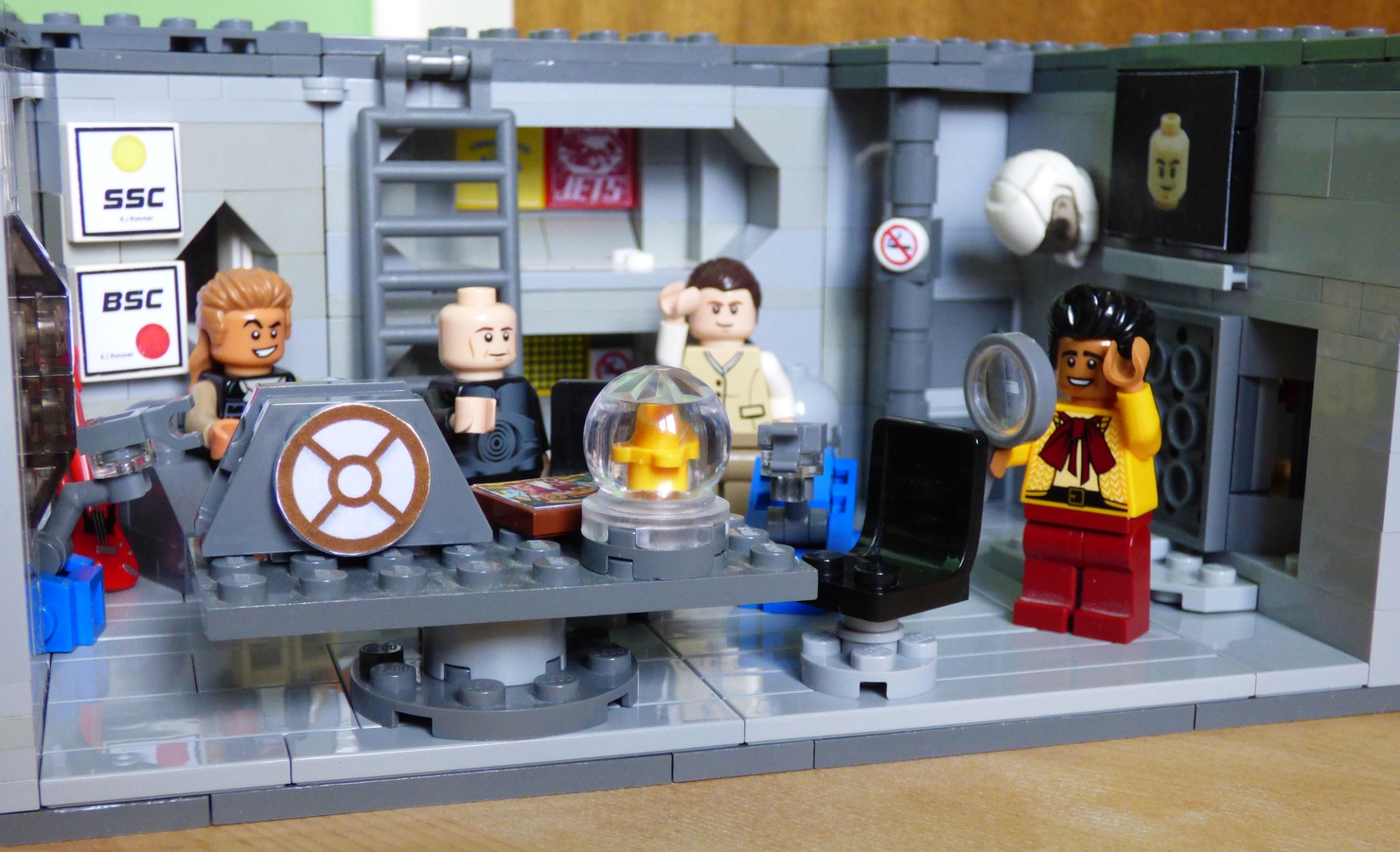 As for material… Well, they have 13 seasons to pick from. One of my favourite episodes which springs to mind is the one called “Polymorph” and if LEGO did build a set, this would be it for me. If anyone out there hasn’t seen it yet, it involves a shape-changing alien and some of the interesting things it changes into.

As for their alter-egos, you can’t go past a set without Ace Rimmer and Dwayne Dibley. I think this would be a real plus if they could, in some way, add these to a set.